It is well known that most colon cancer patients harbor mutations in the APC tumor suppressor gene that causes ectopic activation of Wnt signaling. Although APC regulates microtubules in addition to Wnt signaling, roles of this APC function in cancer has not been explored.

Colon cancer cells with APC mutations frequently have aberrant chromosomes that can be caused by abnormalities in spindle pulling forces. Therefore, the function of APC in the pulling force regulation we have shown might be involved in oncogenesis. 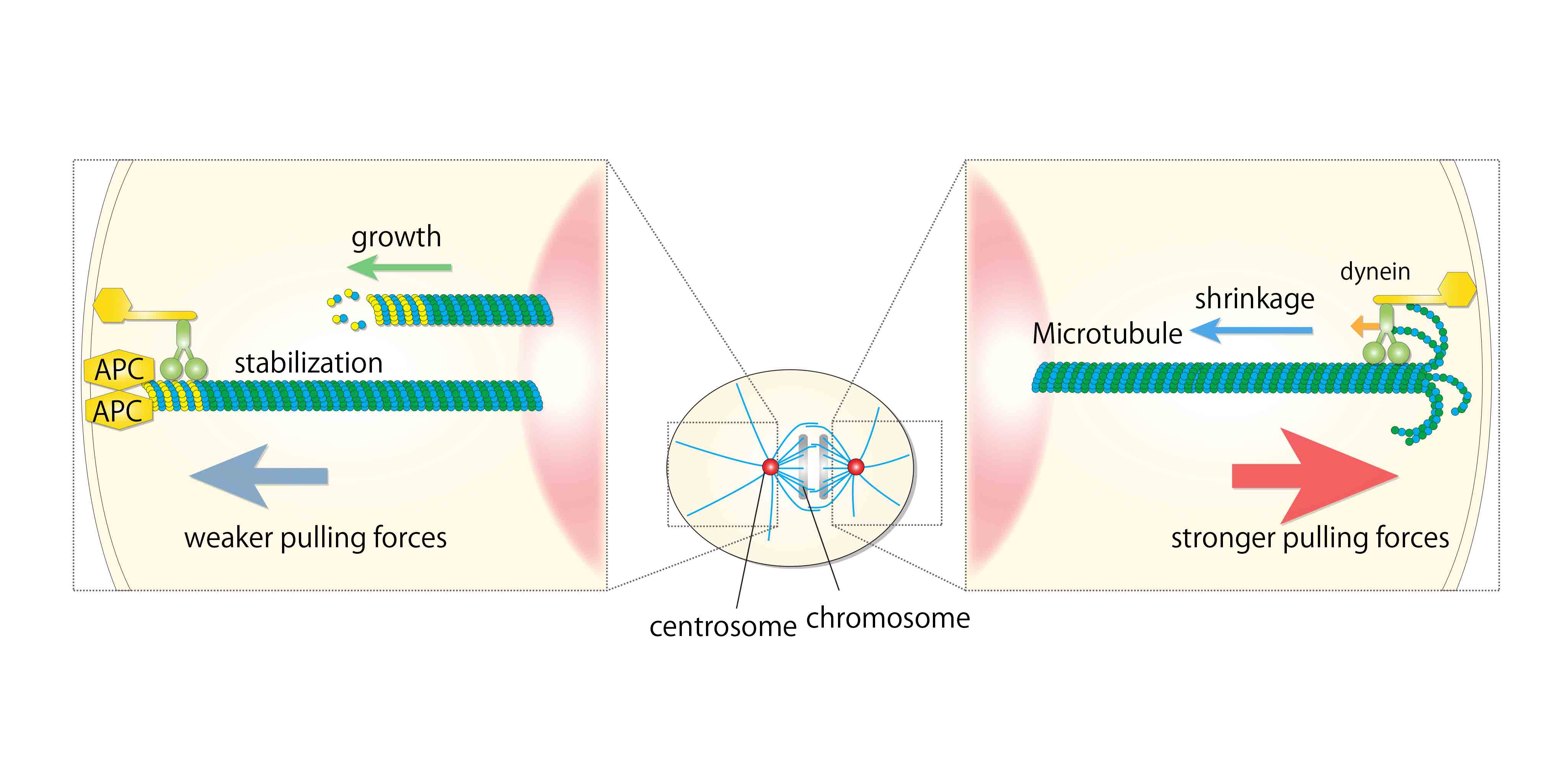