How do genes move in living cells?

By combining theory and experiment, Aiya K. Yesbolatova and her collaborators provided unambiguous evidence that the chromatin in early embryos obeys the universal dynamics predicted by the polymer physics. Although the chromatin dynamics is believed to play a key role in controlling the gene expression, its quantitative characterization has been elusive mainly due to the complexity in living cells. The findings and formulation help researchers quantify the chromatin motion in living cells, thus laying the foundation for future research in this biologically important problem. 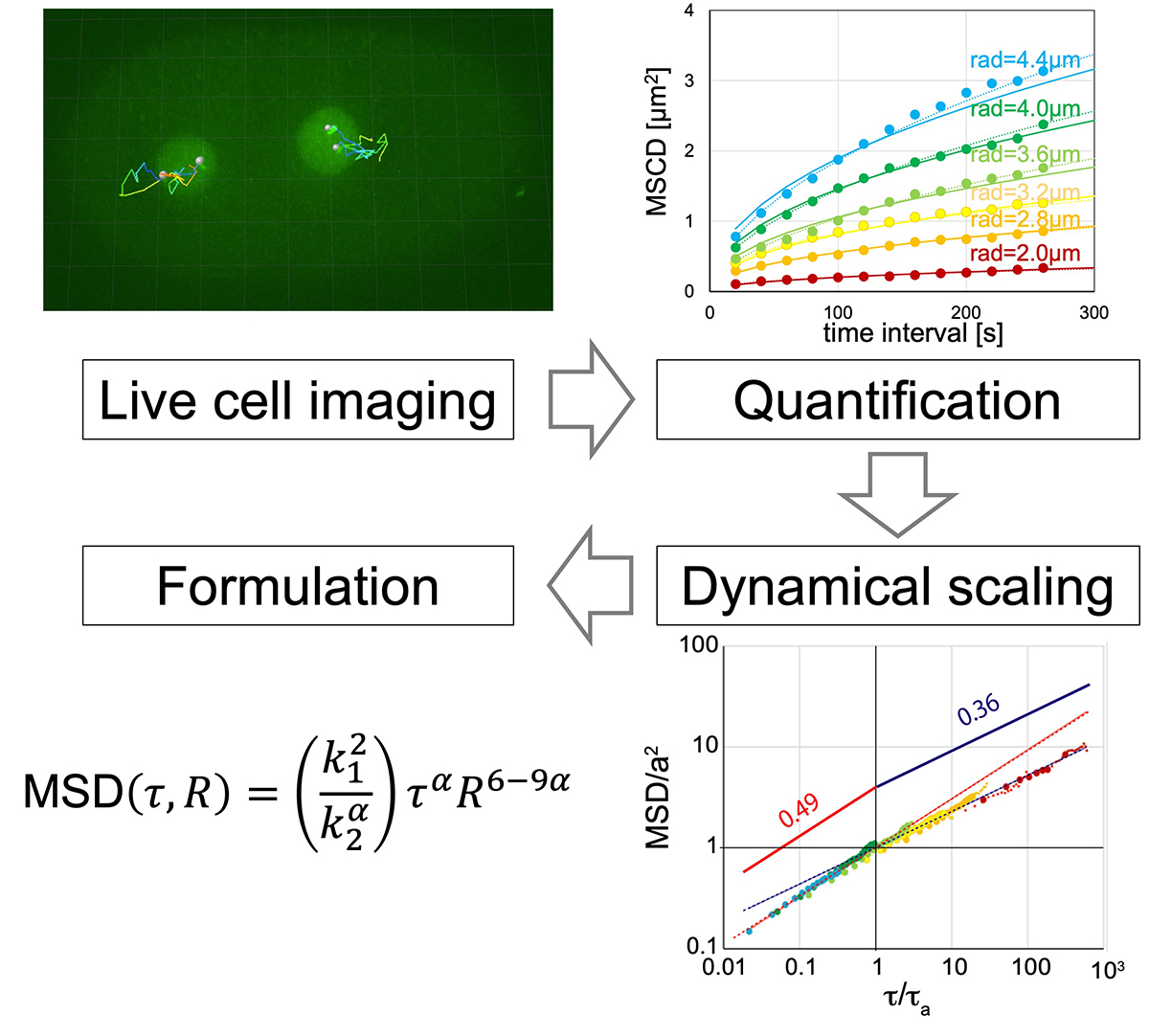 Figure: The authors formulated the movement of chromosome loci using polymer physics theory. (A) The authors first conducted live cell imaging of the nematode, Caenorhabditis elegans embryo and tracked the movement of chromosome loci. (B) The movements were quantified using the index of MSCD (mean square change in distance), demonstrating larger movements for larger nuclei. (C) Based on a polymer physics theory, the authors found that the movements in various sizes of nuclei converge into single line (master curve), indicating that the dynamics of chromatin in living cells is explained by the theory in polymer physics. In the analyses, the authors also developed a method to convert MSCD into MSD (mean square displacement), which is a universal index of motions. (D) The authors obtained a formula corresponding to the master curve. With this formula, the authors can describe and predict the motion of chromatin.