To analyze the protein function of C. elegans, it is useful to study the phenotype by suppressing the protein function. For this purpose, nematode individuals with mutated genes and the RNA interference method have been used. However, genes that play an essential role in nematode development may cause a developmental defect due to the loss of the gene, making further analysis difficult. In addition, due to a large amount of maternally-derived mRNA and proteins in the eggs, the functions of proteins normally involved in early development may not be expressed as a phenotype in early development using existing techniques. The auxin-inducible degron (AID) system that we have established rapidly degrades and removes target proteins at any given time and allows us to observe phenotypes that cannot be seen using existing techniques. The AID method has already been applied to C. elegans by a group in the U.S. and is now being used in various studies. However, the conventional AID method has some problems, such as leaky target degradation in the absence of auxin and the effects of high concentrations of auxin.

Therefore, we applied an improved method, AID2, which we developed last year using budding yeast, cultured cells, and mice, to C. elegans to overcome these problems (Figure 1). As a result, we found that AID2 completely suppressed the leaky degradation in C. elegans and rapidly induced target degradation with 1/1300 of the ligand concentration (Figure 2). Furthermore, by degrading the histone H2A.Z protein, we succeeded in observing a developmental defect that had not been reported previously. Furthermore, to induce degradation in the embryo in the egg, we developed a modified ligand suitable for eggshell permeabilization, enabling rapid proteolysis in the embryo (Figure 3). 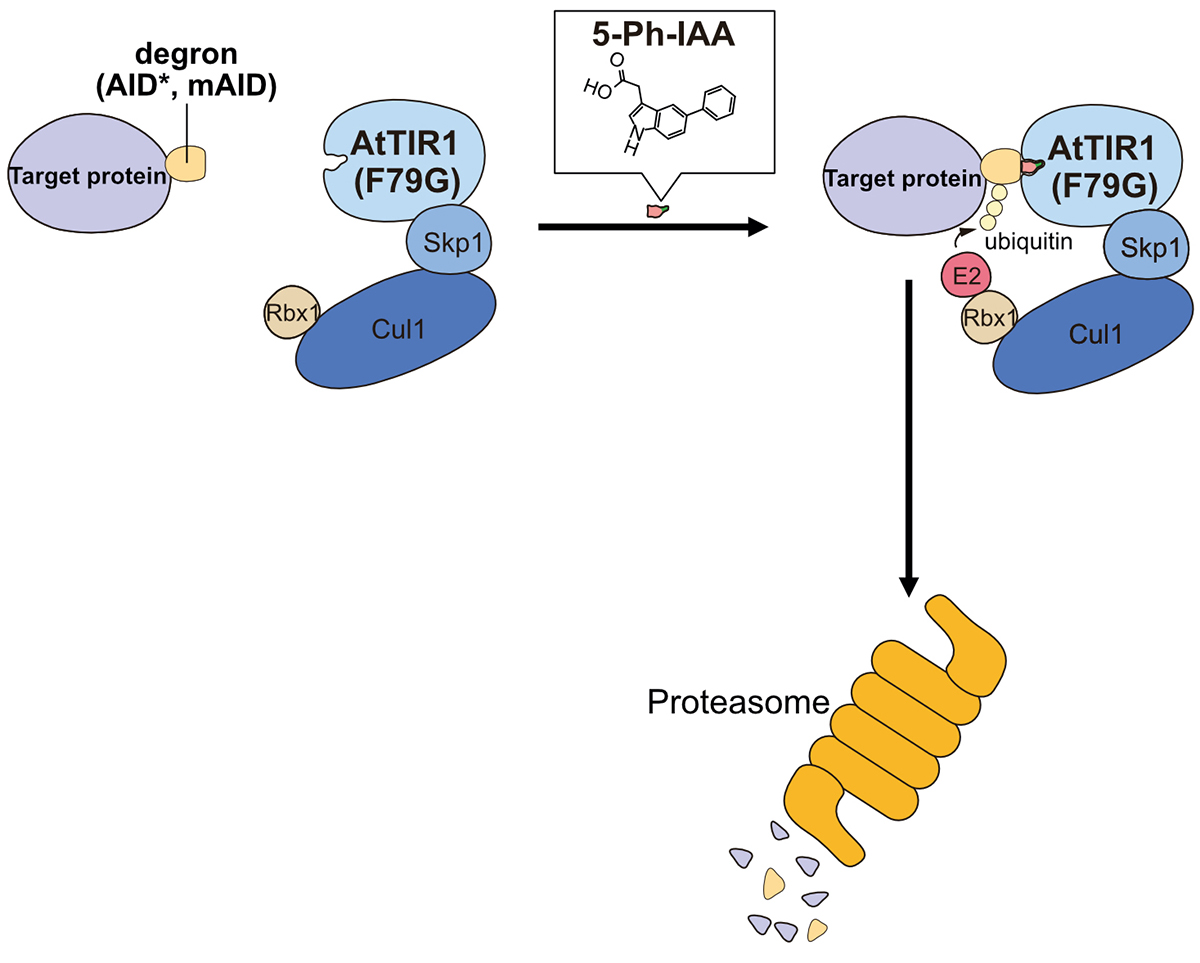 Figure1: The principle of AID2 in C. elegans. Degron-fused proteins (AID* or mAID) are recognized by an E3 ubiquitin ligase containing by a mutant AtTIR1 (AtTIR1(F79G)) in the presence of 5-Ph-IAA for rapidly poly-ubiquitylation and degradation. 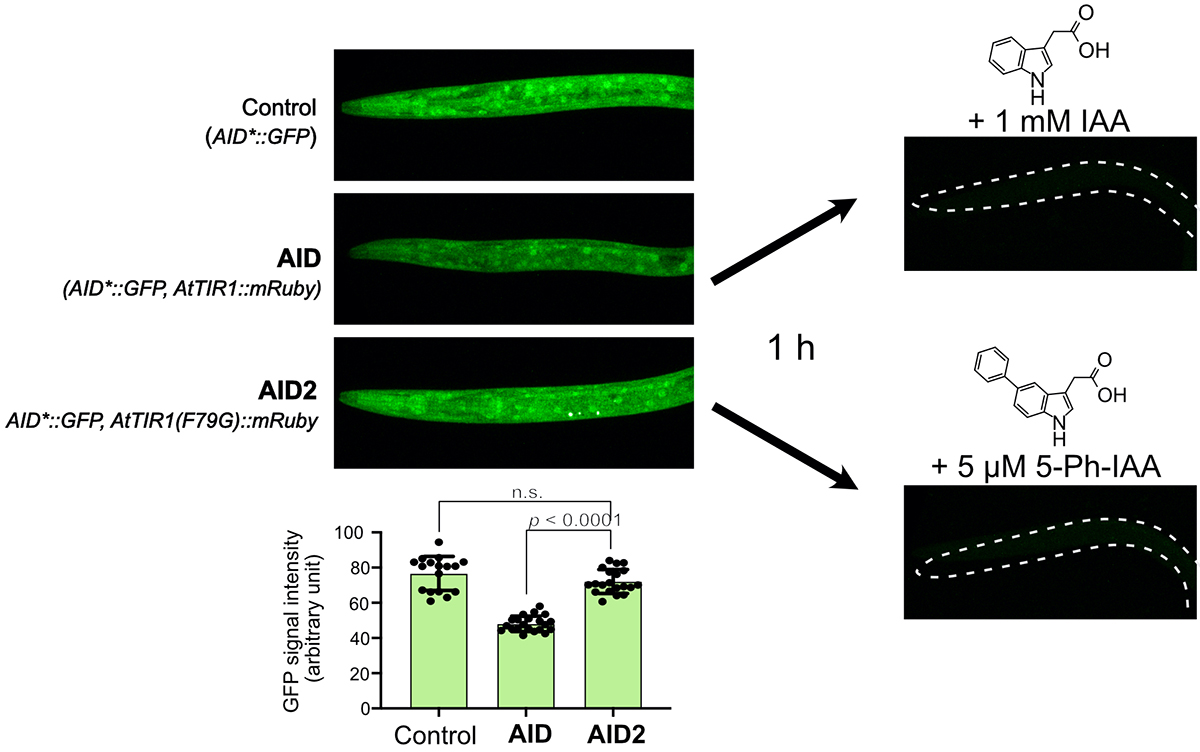