Liquid-like chromatin in the cell and the cohesin activity

Liquid-like chromatin in the cell: What can we learn from imaging and computational modeling?

The loopy world of cohesin.

Chromatin in eukaryotic cells is a negatively charged long polymer consisting of DNA, histones, and various associated proteins. With its highly charged and heterogeneous nature, chromatin structure varies greatly depending on various factors (e.g., chemical modifications and protein enrichment) and the surrounding environment (e.g., cations): From a 10-nm fiber, a folded 30-nm fiber, to chromatin condensates/droplets. Recent advanced imaging such as single-nucleosome imaging (Figure 1A) has observed that chromatin exhibits a dynamic liquid-like behavior and undergoes structural variations within the cell (Figure 1B). Current computational modeling has made it possible to reconstruct the liquid-like chromatin in the cell by dealing with a number of nucleosomes on multi-scale levels, and has become a powerful technique to inspect the molecular mechanisms giving rise to the observed behavior, which imaging methods cannot do on their own (Figure 1C). Based on new findings from both imaging and modeling studies, we discuss the dynamic aspect of chromatin in living cells and its functional relevance.

Also, on July 26th, a professor at Genome Dynamics Laboratory Kazuhiro Maeshima and SOKENDAI Ph.D. student Shiori Iida published an Insight paper in eLife. Chromatin higher-order structures, such as chromatin loop domains, are critical for chromatin to perform various functions in the cell. The formation of these chromatin loops is thought to be mediated by a ring-shaped molecular complex, cohesin (Figure 2, left). Currently, the mechanism of chromatin loop formation is a hot topic in cell biology, and a model called loop extrusion, in which cohesin pushes DNA out of the ring, has been attracting much attention. In fact, cohesin has been shown to extrude naked DNA in vitro. Recently, Dr. Frank Uhlmann and his colleagues have shown how cohesin excludes DNA loops in vitro (Figure 2, bottom)(Higashi et al., “A Brownian ratchet model for DNA loop extrusion by the cohesin complex”. eLife, 2021 DOI:10.7554/eLife.67530). Based on the Higashi et al. paper, Maeshima and Iida discussed the intracellular behavior of cohesin and whether the loop extrusion reported really occurs in the cell. 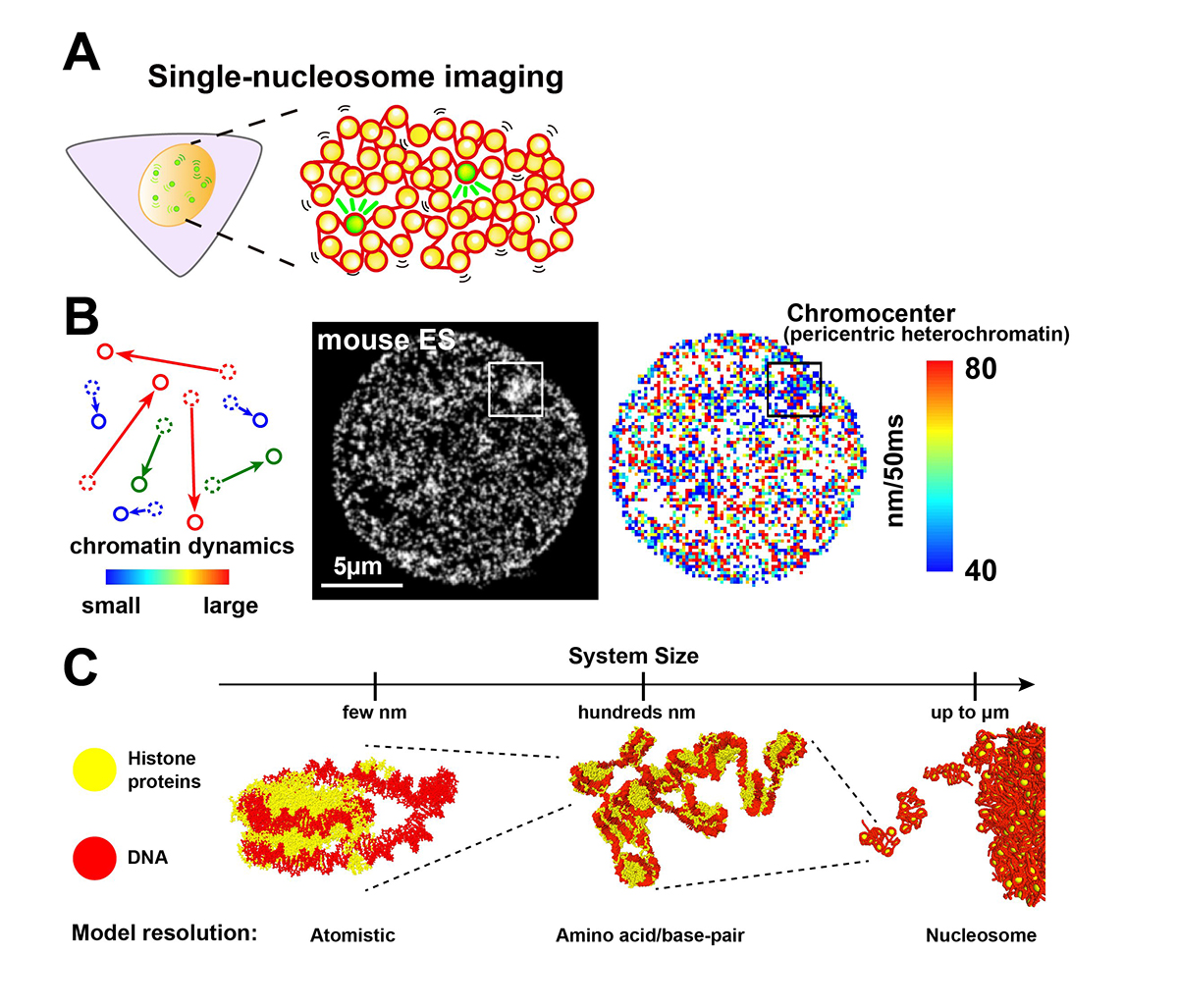 Figure1: (A,B) Recent advanced imaging including single-nucleosome imaging (A) directly visualized a liquid-like behavior of chromatin and its heterogeneity within living cells (B). (C) Current computational modeling has made it possible to integrate various resolutions: atomistic (left), amino acid (center) and coarse-grained nucleosome (right). Such multi-scale combination allows to reconstruct the liquid-like behavior of chromatin in silico, and has become a powerful technique to inspect the molecular mechanisms giving rise to the observed behavior. 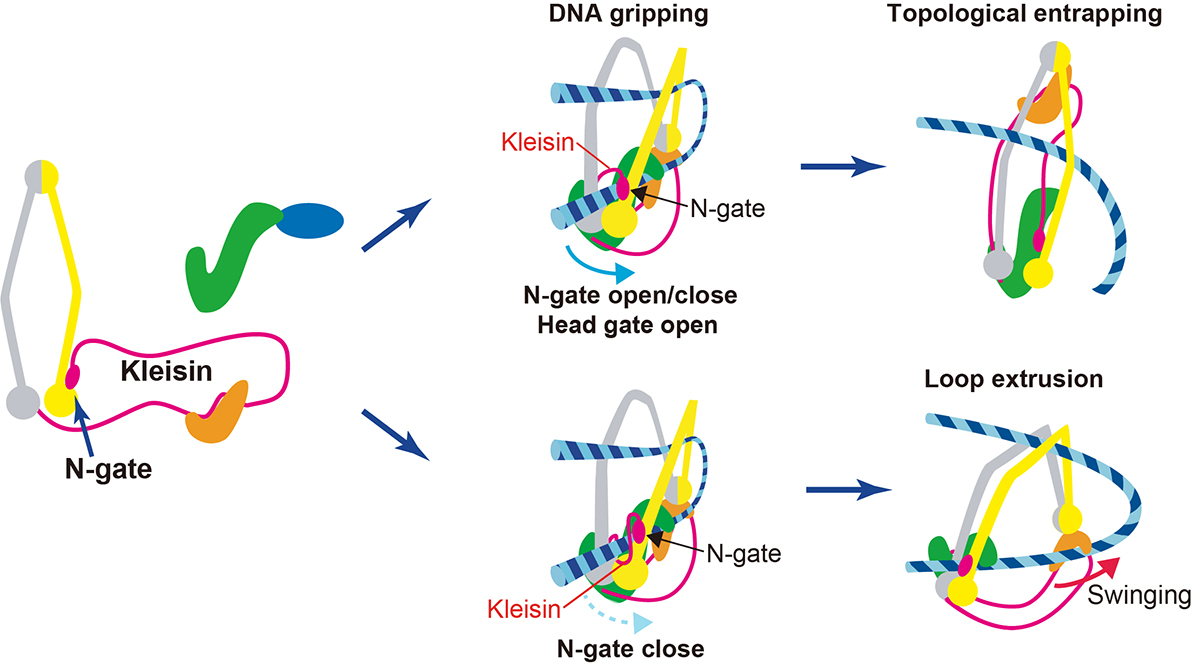 Figure2: Higashi et al. proposed the loop extrusion mechanism as a “branching path” of cohesin’s reaction to entrap DNA in its ring structure (topological entrapping). (Left) Cohesin structure. (center, right) Whether cohesin topologically entraps DNA or extrude DNA to form a loop depends on whether the Kleisin N-gate is open or not. (Top) When the N-gate is open, cohesin is able to entrap DNA. (Bottom) When the N-gate keeps closed, cohesin cannot entrap DNA and extrude the DNA loop by swinging the cohesin arm as “Brownian ratchet”. However, this mechanism does not seem to work in higher eukaryotic cells because of steric obstacles of the nucleosome clusters formed in such cells.