In the mammalian neocortex, formation of distinct neuronal layers is important for precise information processing. During the embryonic brain development, neural progenitor cells not only generate neurons, but also play an important role in the neuronal layer formation. The process sprouted from the neural progenitor cell, termed radial process (Figure 1), is used as “guide” for migrating neurons. Each neural progenitor cell has a single radial process that extends toward the brain surface in a non-overlapping, regularly interspaced manner, therefore functioning as a “scaffolding system” for the neuronal migration and layer formation. However, the molecular and cellular mechanisms for the generation of this scaffolding system is not well understood.

A team of Dr. Naoki Nakagawa at the National Institute of Genetics and Dr. Eva S. Anton at the University of North Carolina School of Medicine identified mediator of cell motility 1 (Memo1) as a key gene for building this scaffolding system and revealed its role in the neuronal layer formation in the mouse neocortex. 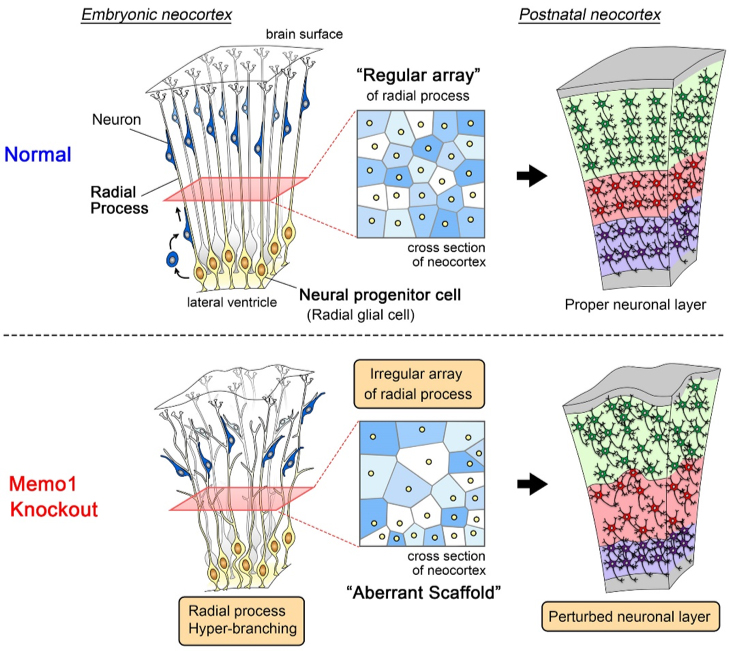