The eukaryotic genome is organized within cells as chromatin. For proper information output, higher-order chromatin structures can be regulated dynamically. How such structures form and behave in various cellular processes remains unclear. Here, by combining super-resolution imaging (photoactivated localization microscopy [PALM]) and single-nucleosome tracking, we developed a nuclear imaging system to visualize the higher-order structures along with their dynamics in live mammalian cells. We demonstrated that nucleosomes form compact domains with a peak diameter of ∼160 nm and move coherently in live cells. The heterochromatin-rich regions showed more domains and less movement. With cell differentiation, the domains became more apparent, with reduced dynamics. Furthermore, various perturbation experiments indicated that they are organized by a combination of factors, including cohesin and nucleosome-nucleosome interactions. Notably, we observed the domains during mitosis, suggesting that they act as building blocks of chromosomes and may serve as information units throughout the cell cycle. 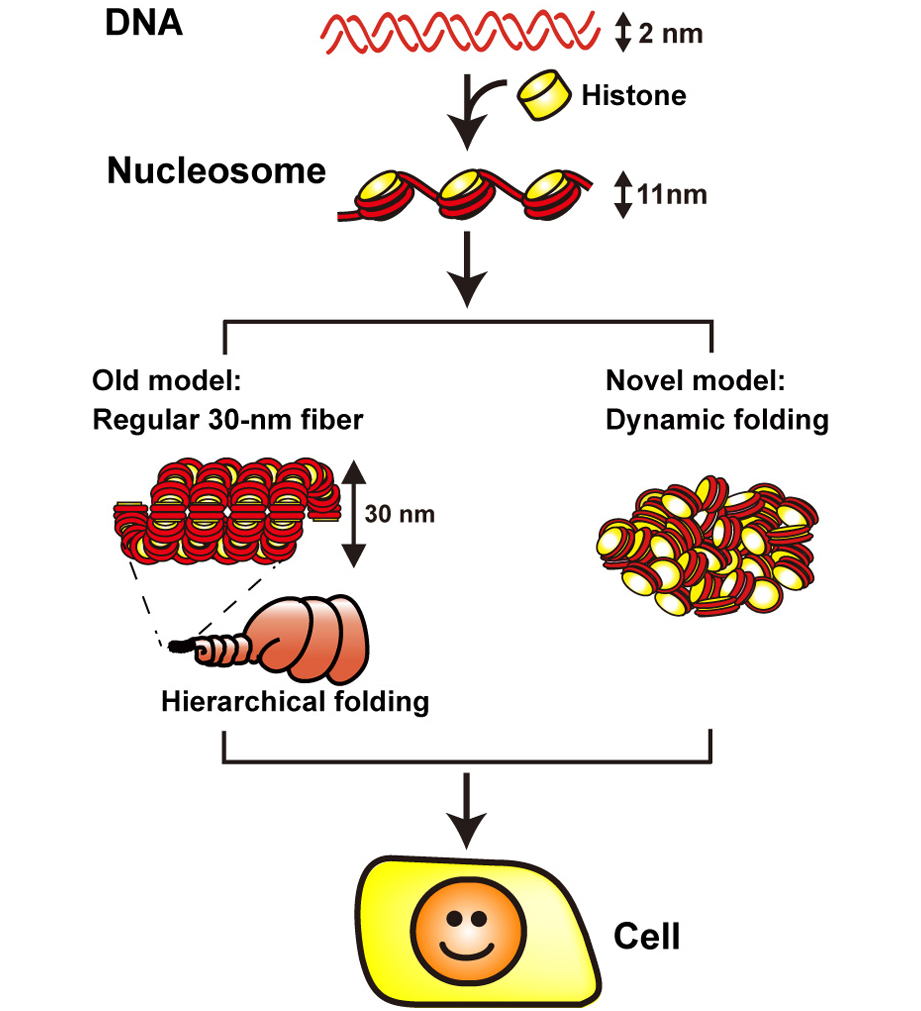 1. DNA (in red) is wrapped around core histone (in yellow) and forms a nucleosome structure (or 10-nm fiber). In the old model (left), the nucleosome fiber had long been assumed to fold into a 30-nm chromatin fiber, and subsequently into helically folded larger fibers (Hierarchical folding). In new current model (right), chromatin is composed of irregularly folded 10-nm fibers, without 30-nm chromatin fibers (dynamic folding) and stored in the cell.