Spontaneous activity is the activity that occurs without any external sensory input. During the early postnatal period in mammals, such activity is thought to be crucial for the establishment of mature neural circuits. It remains unclear if the peripheral structure of the developing somatosensory system exhibits spontaneous activity, similar to that observed in the retina and cochlea of developing visual and auditory systems, respectively. By establishing an ex vivo calcium imaging system, here we discovered that neurons in the whisker-innervating region of the trigeminal ganglion (TG) of neonatal mice generate spontaneous activity. A small percentage of neurons showed some obvious correlated activity, and these neurons were mostly located close to one another. TG spontaneous activity was majorly exhibited by medium-to-large diameter neurons, a characteristic of mechanosensory neurons, and was blocked by chelation of extracellular calcium. Moreover, this activity was diminished by the adult stage. Spontaneous activity in the TG during the first postnatal week could be a source of spontaneous activity observed in the neonatal mouse barrel cortex. 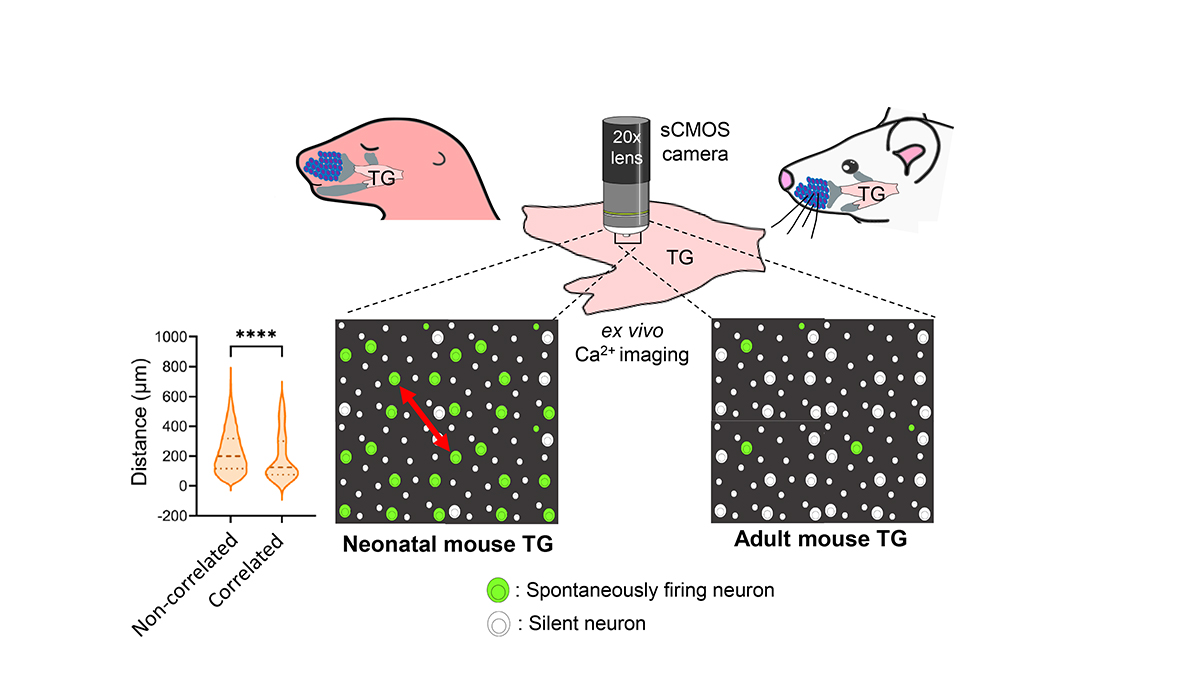