Archaeological remains contain Ancient DNA and RNA, and those nucleic acids provide genomic information about ancient people together with ancient microbiomes and viruses that infected ancient individuals. Since 1997, more than 20 ancient viral species including influenza virus and hepatitis B virus have been discovered from historical samples such as bones and mummified tissues. Those ancient viral genomes have been utilized to estimate the past pandemics of pathogenic viruses within the ancient human population and long-term evolutionary events. In our review article, we overview the ancient viral studies and experimental and analytical techniques and discuss the long-term viral evolutionary studies using ancient viral genomes. 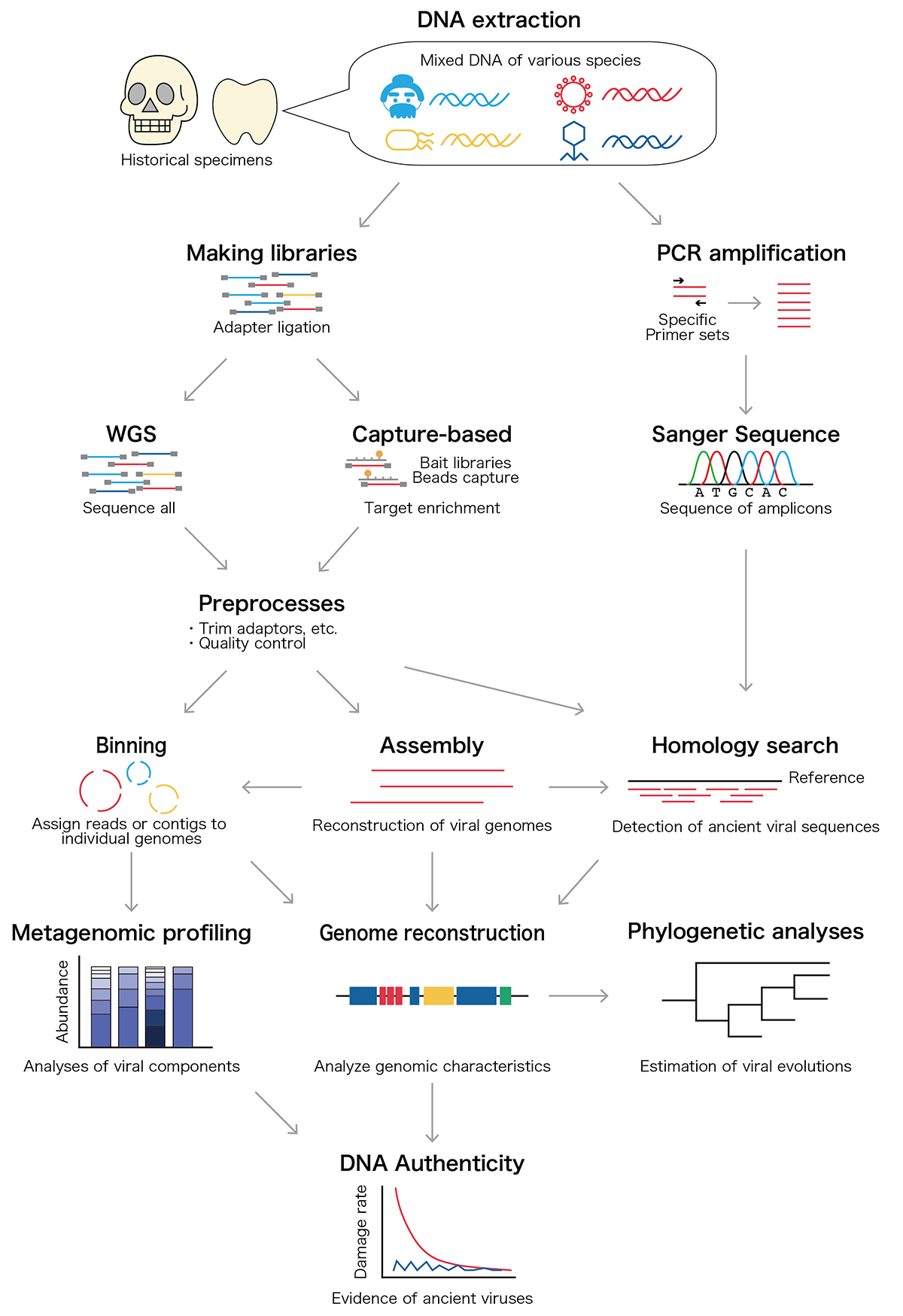