The egg is not a simple ellipsoid

Arrangement of cells which defines how cells contact each other is important in developmental processes. The mechanisms determining cell arrangement can be classified into three factors: orientation of cell division, interaction between cells, and geometrical constraints provided by surrounding structures where cells are confined such as the eggshell. Among these factors, the contribution of geometrical constrains have been less explored. Many of theoretical and experimental approaches exploring cell arrangements inside the eggshell have assumed the eggshell as a pure ellipsoidal shape. In this study, the authors developed a computational model based on a phase-field method that can incorporate the real shape of the eggshells. Using this model and the experimental data obtained with the nematode Caenorhabditis elegans embryo, the authors showed that an arrangement observed in vivo can be explained by the real shape but not by an ellipsoid. Extending this finding, the authors found the amount of the extra-embryonic space (ES), the empty space within the eggshell not occupied by embryonic cells, is critical to define cell arrangement. The study proposed that the local features of geometric constraints such as the ES, play important roles in cell arrangement, which should be important for any multicellular systems. 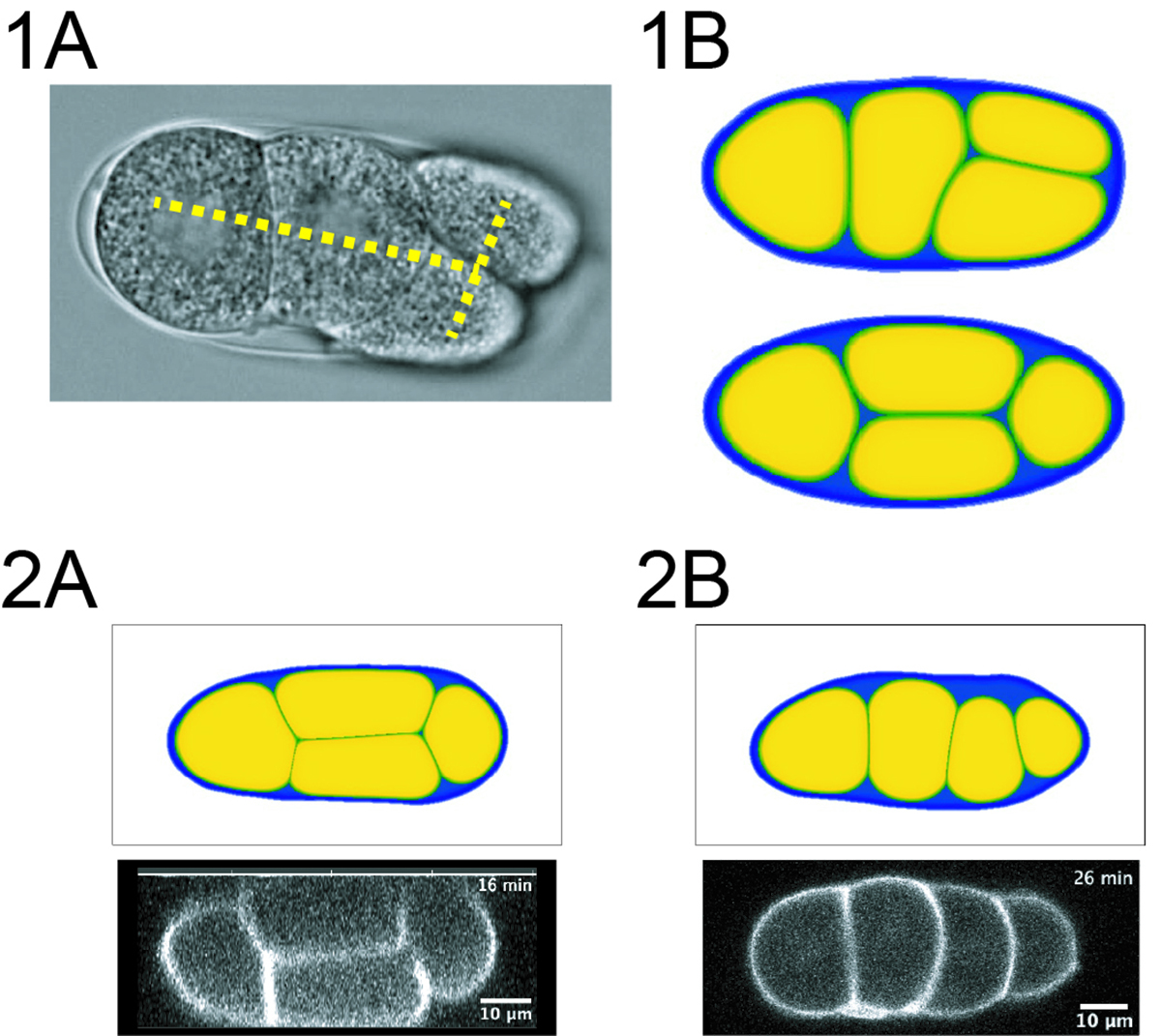