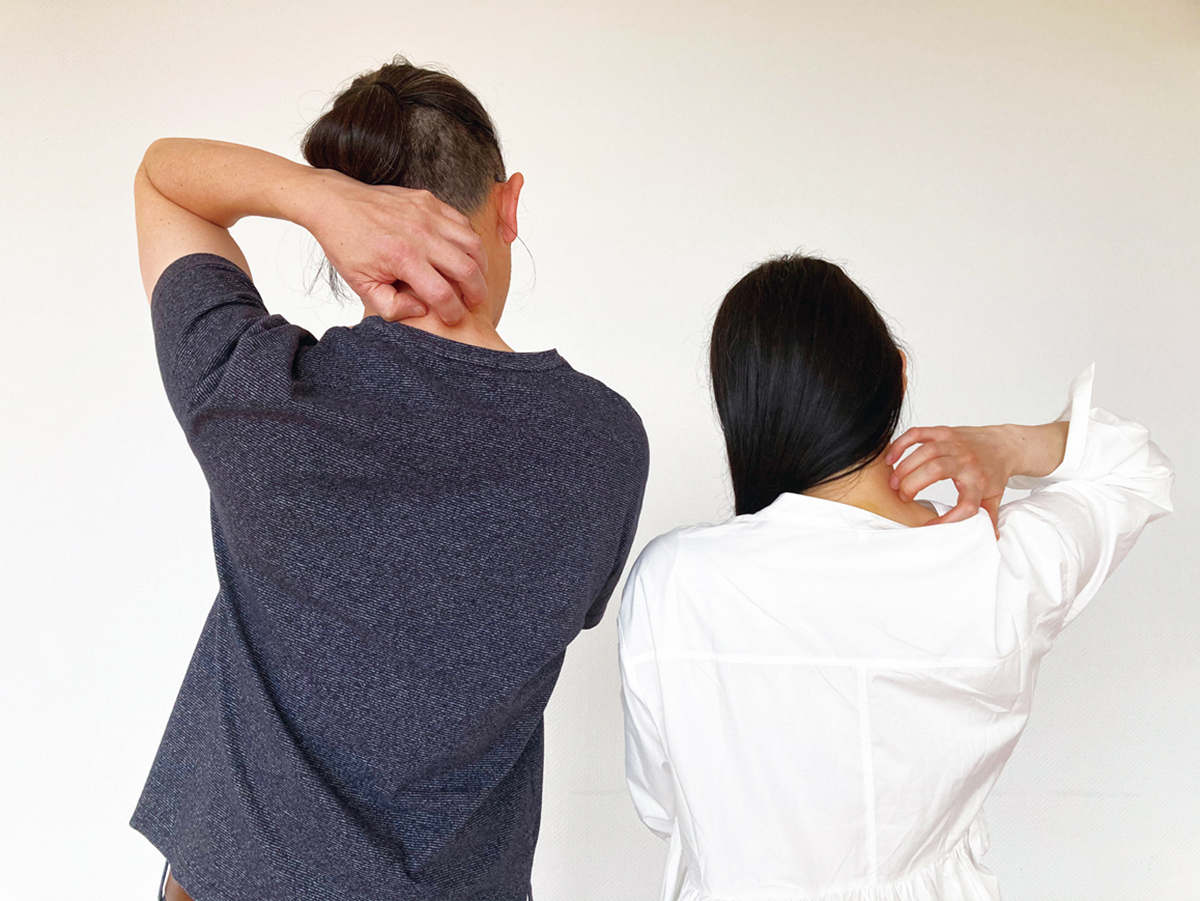 “Itch” sensitivity in women changes during periods when female sex hormones fluctuate, such as during pregnancy and menopause. Especially, many women exhibit itch symptoms during pregnancy, but the underlying mechanism of the change in itch sensitivity is unknown. Here Dr. Takanami et al. demonstrate that estradiol, but not progesterone, enhances histamine-evoked itch-related scratching behavior in female rats. This is associated with the enhancement of activity of “gastrin-releasing peptide receptor (GRPR)” neurons in the spinal cord (Fig. 1). The findings suggest that female hormone, estrogens selectively enhance histamine-evoked itching by regulating spinal GRP system in females (Fig. 2). This may account for why itch sensation varies across the female lifecycle and provides a novel basis for treating itchy diseases in females. 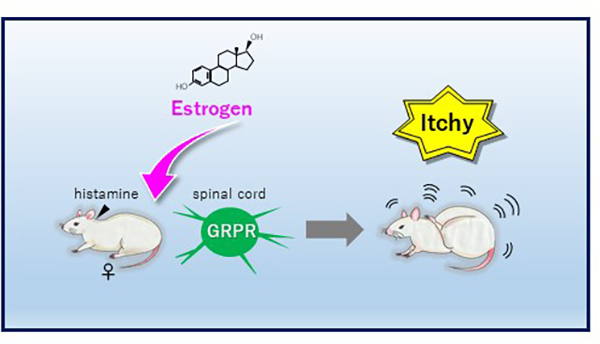 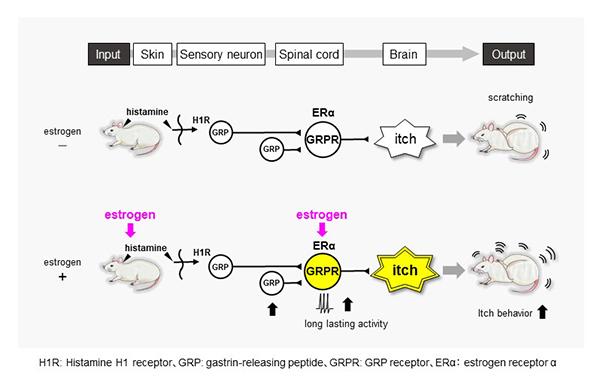 Figure2: Estrogens enhance the itch sensitivity to increase the GRP gene expression and to enhance and prolong the activity of GRPR neurons in the spinal cord.