In the present study, we analyzed in detail how the spatial organization of barrel cortex spontaneous activity changes during the first two postnatal weeks. We found that spontaneous activity between P1 to P5 exhibited a patchwork-type pattern (Phase I). While around P9, a new type of pattern, showing wide area synchronization (Phase II), was observed, and at P11, neurons fired sparsely as observed in the adult brain (Phase III). 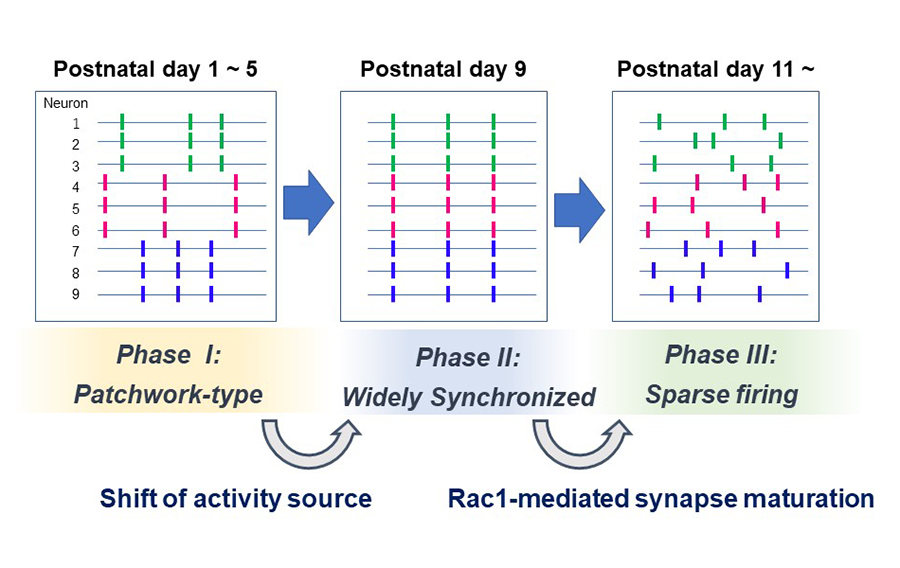 Figure: Three phases of spontaneous network activity were found in the barrel cortex layer 4 during the first two postnatal weeks. The Phase I to II transition is associated with the loss of thalamocortical input dependency. The Phase II to III transition may rely on cortical Rac1-dependent synapse maturation.