Relationship between cell cycle and diel transcriptomic changes in metabolism in a unicellular red alga. 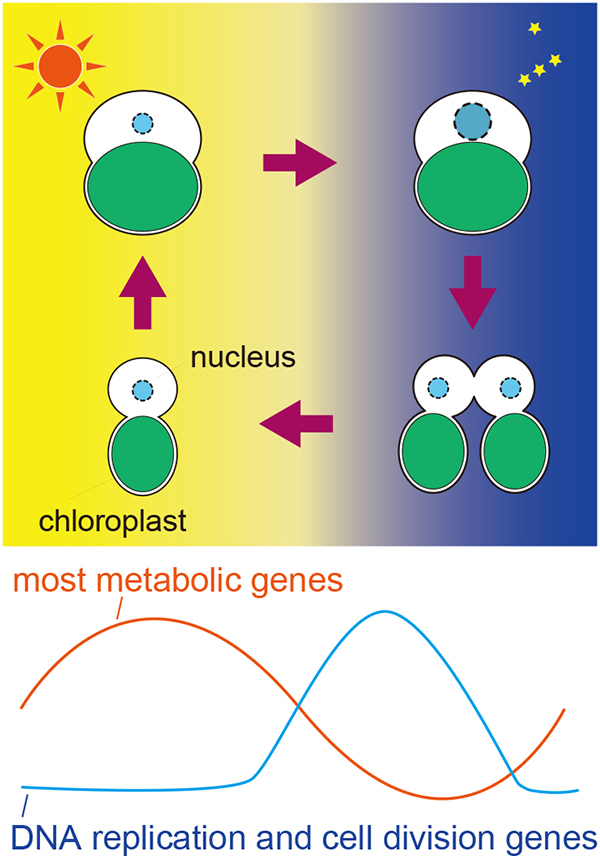 Figure: Cell growth and division of eukaryotic algae in accord with the diel cycle. Eukaryotic algae grow by photosynthesis in the daytime and undergo DNA replication and cell division in the night. Most metabolic genes are upregulated in the daytime whereas genes involved in DNA replication and cell division are induced dependently on cell cycle in the night.