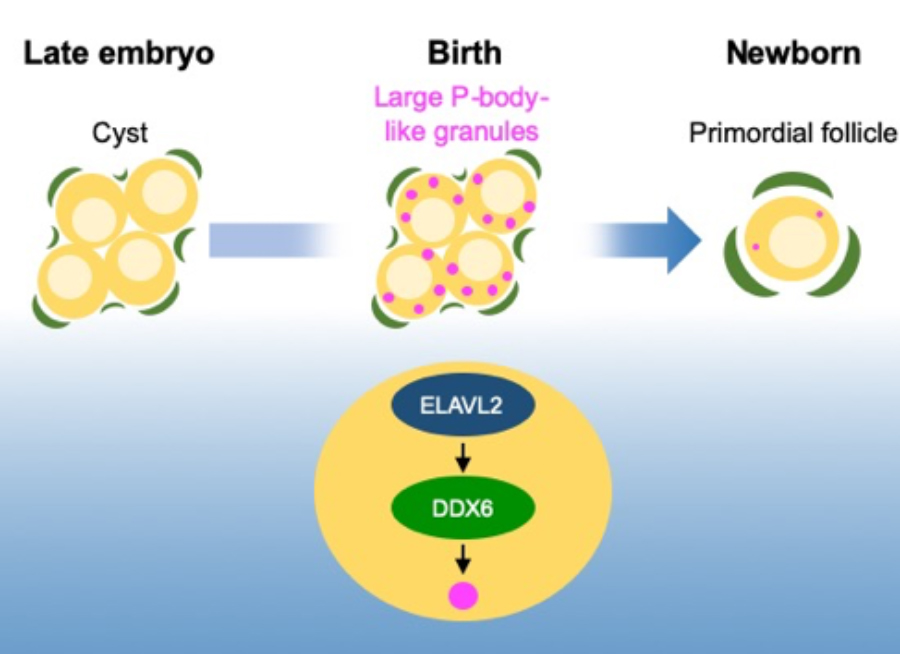 Figure: Primordial follicles arise from oocyte in cyst shortly after birth. In oocytes, large P-body-like cytoplsamic RNP granules are formed depending on the function of RNA-binding proteins ELAVL2 and DDX6. Deletion of Elavl2 or Ddx6 results in the defective assembly of the granules and the formation of primordial follicles in mice.