Under stress conditions, the coactivator Multiprotein-bridging factor 1 (Mbf1) translocates from the cytoplasm into the nucleus to induce stress-response genes. However, its role in the cytoplasm, where it is mainly located, has remained elusive. Here, we show that Drosophila Mbf1 associates with E(z) mRNA and protects it from degradation by the exoribonuclease Pacman, thereby ensuring Polycomb silencing. This mechanism would also allow flexibility in Polycomb silencing, as Mbf1 protein expression declines upon differentiation.

In addition to E(z) mRNA, Mbf1 binds to mRNAs of various stress-response genes. Therefore, Mbf1 appears to contribute to various types of stress defense as both a nuclear coactivator and as a cytoplasmic mRNA-stabilizing protein. It is intriguing that Mbf1 contributes to the same biological function through different subcellular localisation. 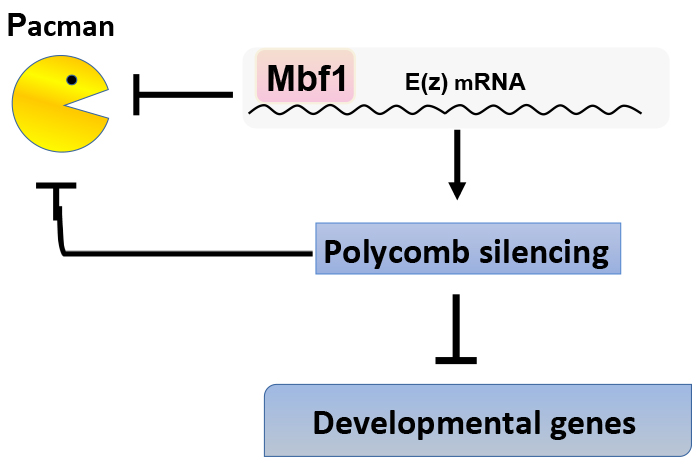