Ascending visual projections similar to the mammalian thalamocortical pathway are found in a wide range of vertebrate species, but their homology is debated. To get better insights into their evolutionary origin, we examined the developmental origin of a thalamic-like sensory structure of teleosts, the preglomerular complex (PG), focusing on the visual projection neurons. Similarly to the tectofugal thalamic nuclei in amniotes, the lateral nucleus of PG receives tectal information and projects to the pallium. However, our cell lineage study in zebrafish reveals that the majority of PG cells are derived from the midbrain, unlike the amniote thalamus. We also demonstrate that the PG projection neurons develop gradually until late juvenile stages. Our data suggest that teleost PG, as a whole, is not homologous to the amniote thalamus. Thus, the thalamocortical-like projections evolved from a non-forebrain cell population, which indicates a surprising degree of variation in the vertebrate sensory systems.

This study was conducted as collaboration with Dr. Kei Yamamoto at Universite´ Paris-Saclay and CNRS and Dr. Naoyuki Yamamoto at Graduate School of Bioagricultural Sciences, Nagoya University. This study was partially supported by NBRP and NBRP/Genome Information upgrading program from AMED and NIG-JOINT (2013-A15).

Figure1: Tectofugal pathways in amniotes, amphibians, and teleosts and their phylogenetic relationships. 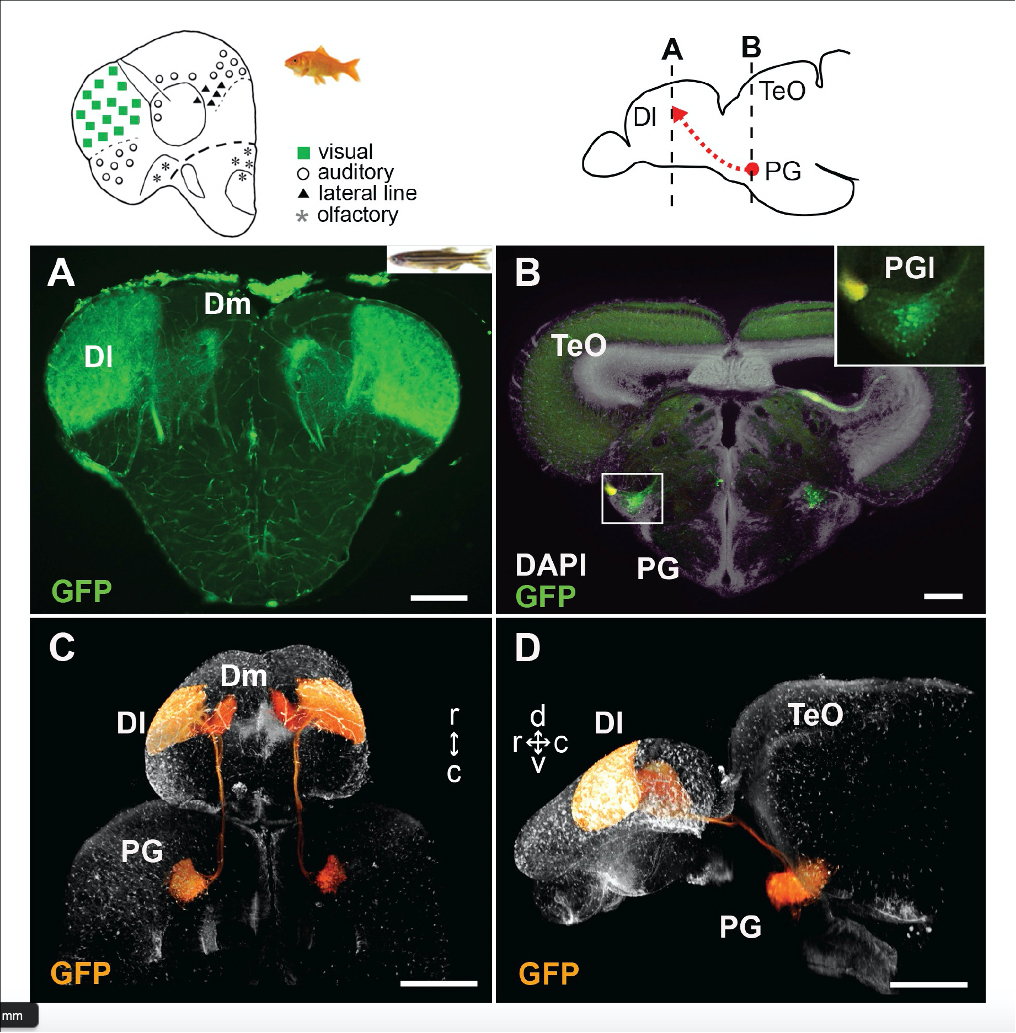 Figure2: Visualization of the preglomerular complex (PG) cells and their projection to the pallium in gene-trap transgenic fish.