Microalgae possess high potential for producing pigments, antioxidants, and lipophilic compounds for industrial applications. However, their open pond cultures are often contaminated by other undesirable organisms, including their predators. In addition, the cost of using freshwater is relatively high, which limits the location and scale of cultivation compared with using seawater. It was previously shown that Cyanidium caldarium and Galdieria sulphuraria, but not Cyanidioschyzon merolae grew in media containing NaCl at a concentration equivalent to seawater. We found that the preculture of C. merolae in the presence of a moderate NaCl concentration enabled the cells to grow in the seawater-based medium. The cultivation of cyanidialean red algae in the seawater-based medium did not require additional pH buffering chemicals. In addition, the combination of seawater and acidic conditions reduced the risk of contamination by other organisms in the nonsterile open culture of C. merolae more efficiently than the acidic condition alone. 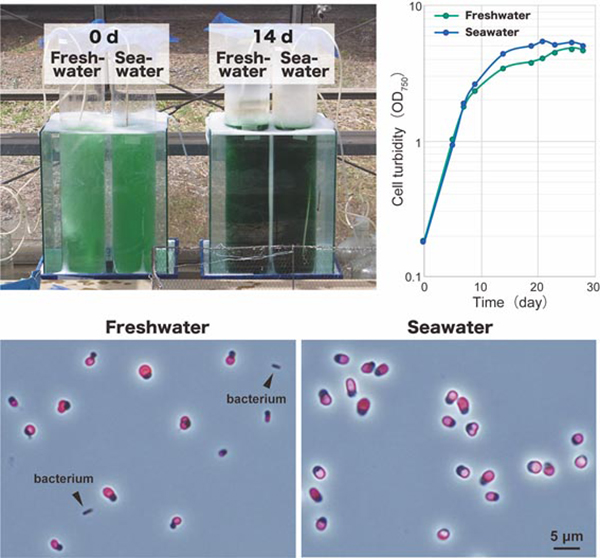