Feeding on phototoxic algae: training for unicellular predators to evolve to algae

Link to “Behind the paper” in Nature Ecology and Evolution. 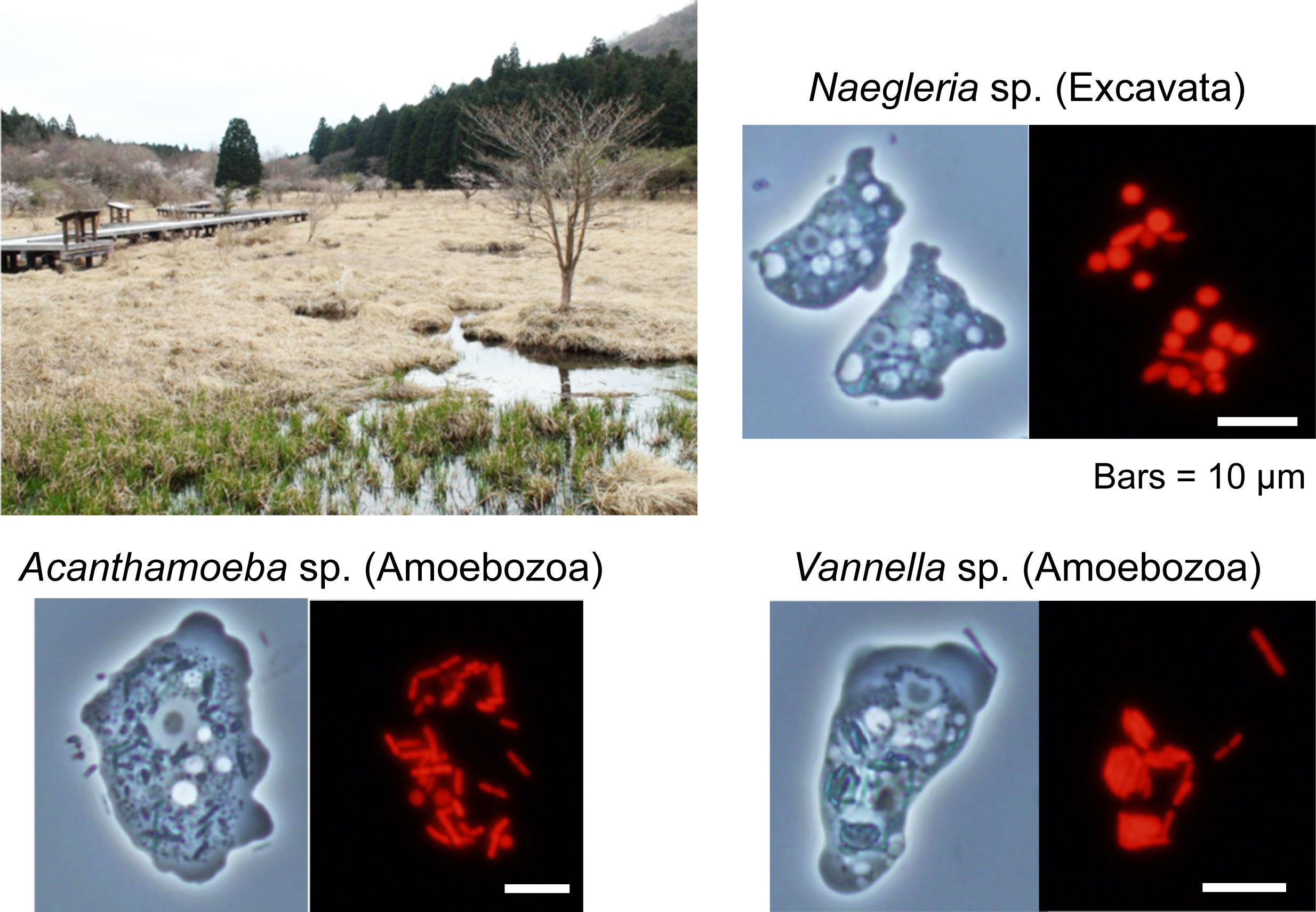 Figure: Three species of amoebae feeding on algae were isolated from Kodanuki Marsh in Fujinomiya, Japan on April 23, 2013. Although they belong to different eukaryotic supergroups (two belong to Amoebozoa, one to Excavata), they have independently evolved a similar strategy to cope with the photosynthetic oxidative stress that caused by the ingested photosynthetic prey. Red is fluorescence of chlorophyll (a photosynthetic pigment).