Approximately 2-3 % of children suffer from a condition called strabismus, which is more commonly known as “lazy eye” or “crossed eyes”. The majority of cases are thought to involve both genetic and environmental factors. Knowing the genetic causes of strabismus is very important as it would help estimate risk of developing the condition and increase the chances of initiating early treatment to prevent impaired eye movement.

A major obstacle to uncovering the genetic causes of strabismus has been the physical limitation of observing the connections between the brain and eye muscles. These are formed by long cables called “axons” that are extended from brain cells deep inside the head at a very early developmental stage. Therefore it is difficult to observe the fine architecture of the brain-eye muscle connections at the cellular level and analyze how they might be affected by gene mutations.

To overcome this difficulty, researchers at the National Institute of Genetics in Japan chose as their experimental model a tropical fish called zebrafish. Zebrafish larvae are nearly transparent while they are developing, so the researchers hoped that they could make the brain-eye muscle connections visible using genetic engineering. Employing their own original techniques, the team successfully created a zebrafish in which the specific group of brain cells that send signals for outward eye movement, called abducens motor neurons, as well as the targeted eye muscles emit differently colored fluorescent light clearly visible through the developing fish’s transparent head.

These special zebrafish proved instrumental in allowing the team to make great progress in uncovering the genetic mechanism of strabismus. The team demonstrated that the abducens motor neurons developed abnormally when the gene called protocadherin 17 (pcdh17) was mutated. This gene encodes for the production of the Pcdh17 protein that is located on the cell surface of the abducens motor neurons. When an abnormal Pcdh17 protein is produced from the manipulated pcdh17 gene and located on the cell surface, the neurons did not position properly in the brain and the axons they extended failed to reach the target eye muscle. In many cases these disabled neurons clumped together forming closely-packed cellular aggregates. These results suggest that an abducens motor neuron uses repulsive forces to both position itself correctly in the brain and extend its axon correctly to the target muscle and that these forces are mediated by the Pcdh17 protein molecules on its surface interacting with itself and/or other neurons around it. This study was published in Cell Reports on 7th August.

Dr. Asakawa, who led this research project, says, “Pcdh17 creates a moderate repulsive force between abducens motor neurons presumably allowing them to behave like a fluid forming a stream and flowing into the muscle. Without them, the neurons just become frozen like ice. Since Pcdh17 protein is also present in humans, it is likely to play a similar role in our body for the development of normal eye movement. Moreover, given that many types of brain neurons connecting with the head muscles are covered with different types of proteins that are similar to Pcdh17 on their cell surface, genetic mutations in these genes might increase the risk of developing other congenital disorders of craniofacial movements”.

Asakawa continues, “Compared to the connections between the spinal cord and skeletal muscles that generate our body movements, the brain and eye muscle connections have some special characteristics making them selectively resistant to degeneration in fatal motor neuron diseases, such as amyotrophic lateral sclerosis (ALS). We expect that the visual and genetically-manipulatable brain-eye muscle connection in fish also has great potential to reveal a way to protect motor neurons from degeneration in ALS.”

This study was supported by KAKENHI (JP15H02370, JP18H04988, JP22700349, JP23115720, and research grants from The Uehara Memorial Foundation, The Kao Foundation for Arts and Sciences, The Mitsubishi Foundation, Daiichi-Sankyo Foundation of Life Science and National BioResouce Project from Japan Agency for Medical Research and Development (AMED). 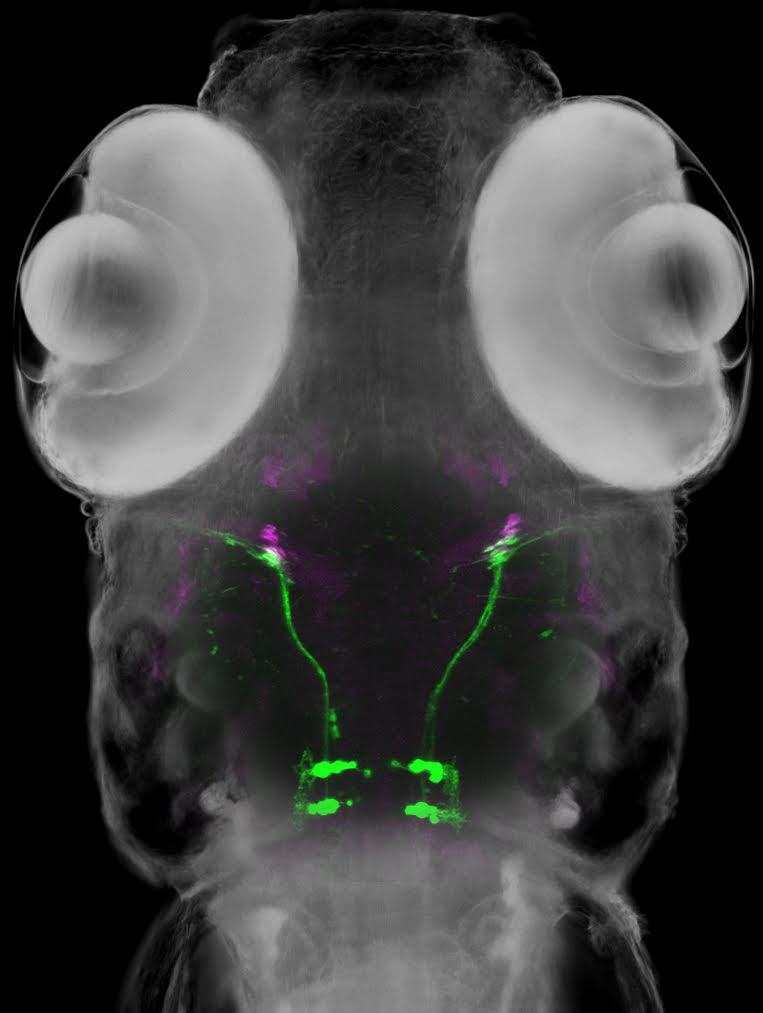 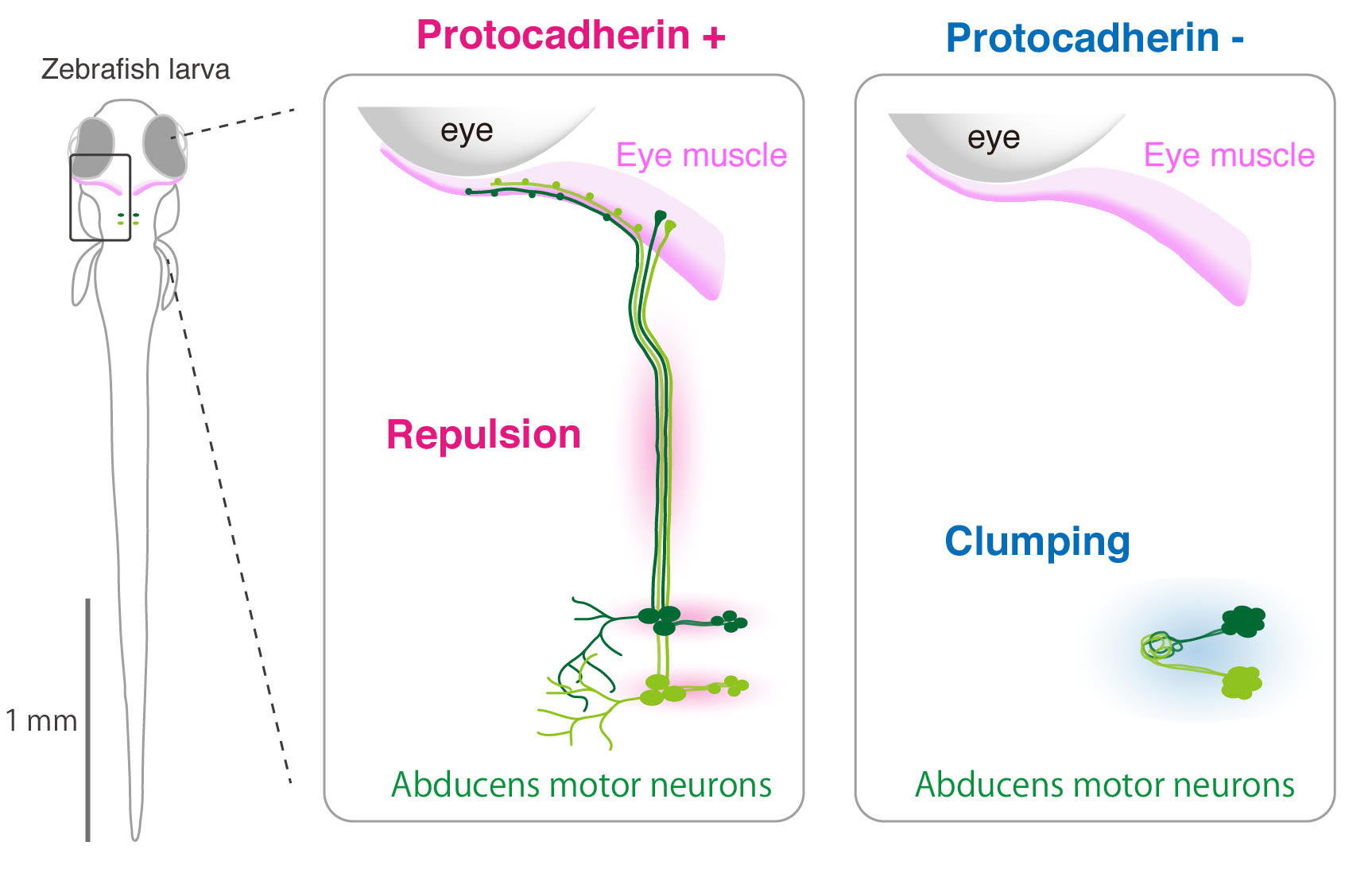