The loss of seed-shattering behaviour is an important step of domestication enabling humans to harvest more grains. At first, to experimentally reproduce an earlier process of rice domestication, several domestication-related genes were replaced with those of cultivated rice in the genetic background of wild rice, O. rufipogon. The replacement alone with a cultivated rice-type mutation of sh4, a rice gene with a major impact on seed shattering, was insufficient, but the replacement with cultivated rice-type mutations of both sh4 and qSH3, an allele within the seed-shattering gene OsSh1, caused the partial loss of abscission layer formation in O. rufipogon. However, the combination of two mutations of sh4 and qSH3 was not sufficient to increase yield under natural conditions. To further increase yield, our group found that the replacement together with cultivated rice-type mutations of three genes, sh4, qSH3 and SPR3, dramatically increased yields (Fig. 1). SPR3 is a rice gene controlling a panicle shape, and the closed panicle property enhances long awn-retaining seeds entangled, and in addition, reduces a bending moment which is a predominant factor affecting seed dispersal (Fig. 2), resulting in increased harvests.

We propose a stepwise route in the earliest phase of rice domestication, in which SPR3-controlled closed panicle morphology was instrumental in addition to sequential recruitments of sh4- and qSH3-dependent loss of shattering.

This study was supported partly by NIG-JOINT program 83A2016-2018. The wild rice accession, maintained by NIG in the support of National Bioresource Project (NBRP) Rice, was used in this study. 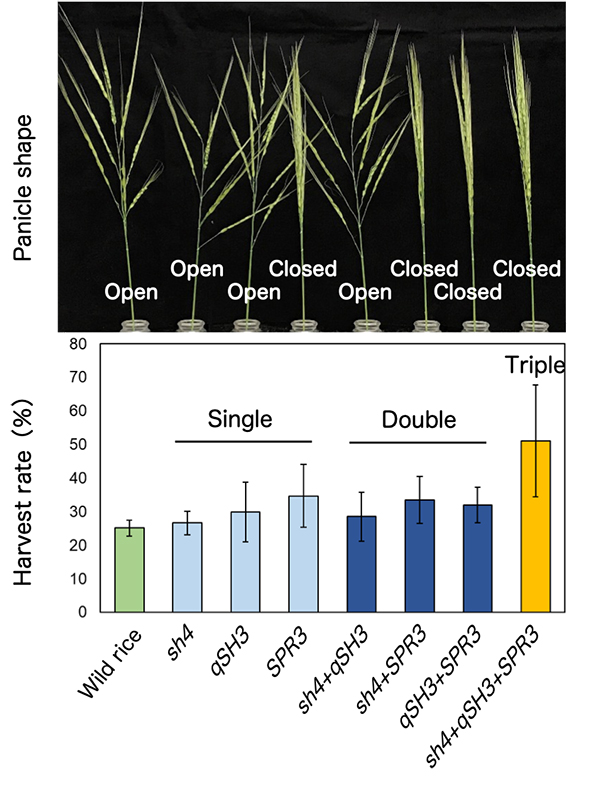 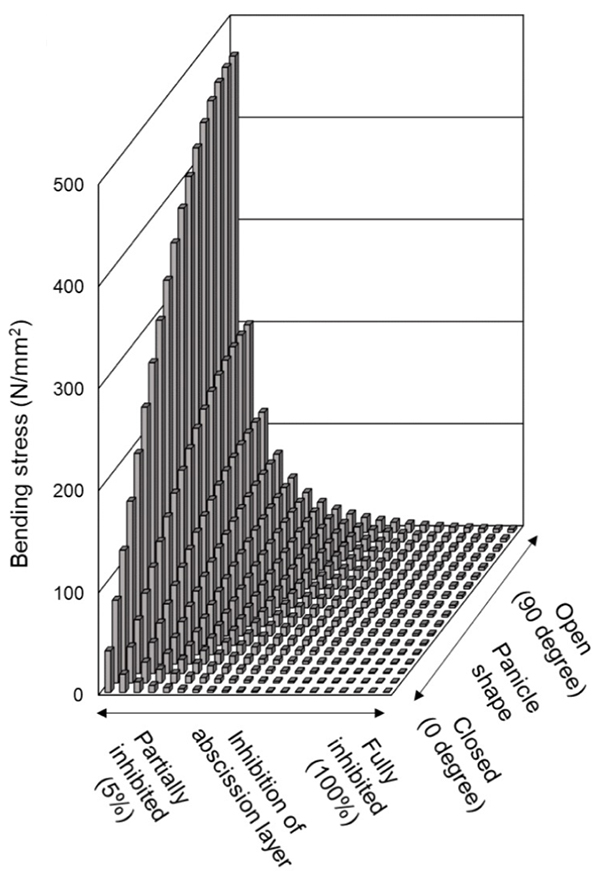 Figure2: Simulation of bending stress exerted on the spikelet base depending on panicle shape and abscission layer inhibition
A higher stress was experienced in the open panicle with less inhibited abscission. This simulation suggests that in addiotion to the replacement with sh4 and qSH3 for reduced shuttering, we propose that the replacement with SPR3 for panicles closing might contribute to increased harvest rate during an earlier step of rice domestication.